A Year In Review

As if I felt I didn’t punish myself enough in 2007, this past year featured a rather aggressive medley of athletic endeavors. The one tried and true favorite of the new year is the Uwharrie Mountain Run – I was back in 2008 for another shot at the 20 mile version. As usual, the weather was clear and crisp. I delighted the most in encouraging on the runners returning for the 40 mile portion, which this year featured a handful of friends. My time wasn’t as good as the previous year, but I did appreciate the first-class shuttle service and company!! 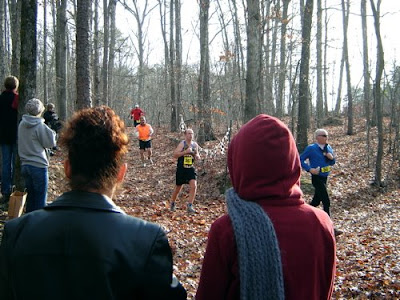 Coming through at Mile 8 - another crisp and beautiful day in the Uwharries!
Another prime satisfaction was raising money for work at the Gaston County 5K race – this year our team took the two top places and raised $4,000! My goal of breaking a 20 minute 5K took a bad shot though as lagged almost a minute behind my time from the previous year.

Shortly after I was delighted in the yearly appearance of the Bodien parental units in Charlotte. As usual we accomplished a host of fun activities and it was very special for them to meet Julie and spend some time with her as well! Right after they left I flew to Boise, ID to visit with my friend Dave and run the Famous Potato Marathon. My parents, en route to Kirkland, also stopped in to watch me swelter in the heat. The potato I won for placing in my age division was cooked equally well, and Julie made sure it was part of a balanced and delicious victory celebration. 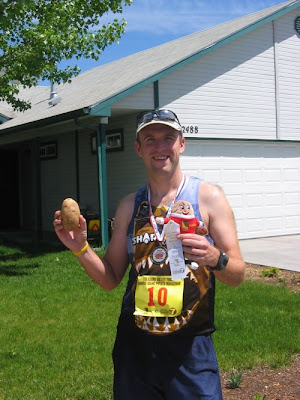 That potato tasted so good!
The first fun road trip of the year was in July when Julie, Winston, and myself headed north towards Rhode Island for a Half Ironman. Julie got to meet a host of my great friends, including a friend from Camp Parsons I had not since in almost 15 years! The race itself was okay, my first foray into saltwater swimming, a bike tour that encompassed pretty much all of Rhode Island, and a run with the most insane pitch ever you had to do TWICE. 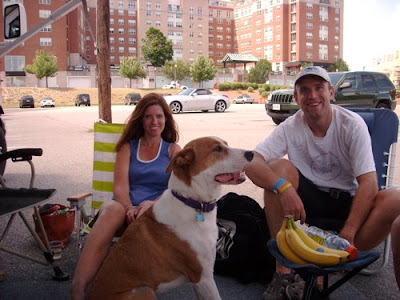 Julie, Winston, and Scott hanging out with the Wooters in Providence post race
Later that month I was back to raising money for cancer research at 24 Hours of Booty, this time putting in a record 209 miles in 12 hours. Shortly after that I was off to San Diego for the super-mega GIS conference . The only PR I put in this year was at the their 5K run, crossing the line at 20:27. The best part of the trip was staying with my UW band friend Jay and his wife. We ate SO MUCH great food – just thinking about four months later makes me feel full. Between eating we did do some fun stuff, including betting at the horse races. I financed my investment by scalping the conference dinner ticket I was supposed to be attending and ended up picking a Quinella in Race 7 – too bad I squandered most of it on Race 8, but I still walked away ahead. 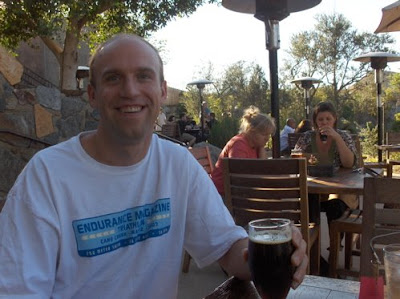 Once again, Scott drinking an Arrogant Bastard in California
The rest of August was mostly training and dreading/anticipating the big Ironman for 2008 – Ironman Wisconsin. My brother and I drove with Winston to Madison, seeing dead presidents along the way. There my dad joined us by plane. My favorite part of the trip was seeing my friend Alice again and making a new with Dave. Oh yeah, there was an Ironman race too – weather conditions were near PERFECT. I was battered around heavily on the 2.4-mile swim, slugged out the 112-mile bike, and then ran a negative split on the marathon to finish a few minutes slower than the Ironman last year. Following that my brother left by plane and my dad provided crucial driving services back to Charlotte. 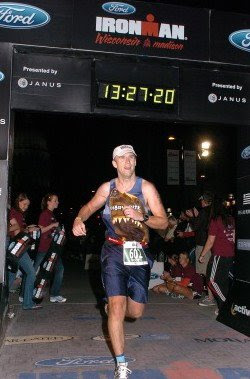 Finishing Ironman Wisconsin in style - at least I looked good at the end
In late October I did several athletic events to help with the charities of several of my friends – that was certainly a rewarding experience and definitely less work than 13 and half hours of Ironmaning. Perhaps the real challenges this year were the two classes I taught. The first was at the big community college here – it was this summer, mostly online, and entitled “Advanced GIS Methods.” If that wasn’t a crash course for me teaching at the University level, then the Environmental Science class I taught at Queens University of Charlotte was! It was SO MUCH work, but I did enjoy my students and the actual teaching part. 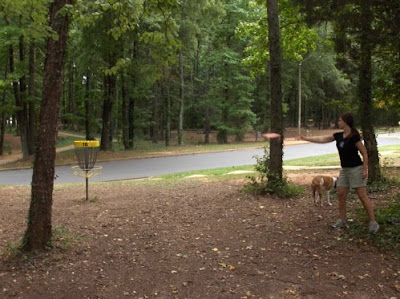 I smell a new disc golf shark!!!
The last major athletic event for this past year was the Outer Banks Marathon. We rented a fabulous house that we shared some great Charlotte friends. I kept up with my friend Monica through the halfway mark, and then kind of glided like the Wright Brothers the rest of the way. 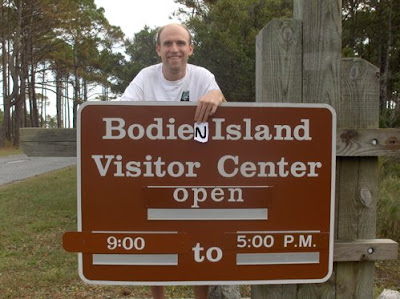 I declare this island for the Bodien nation!
In a desperate attempt to take an actual vacation with no biking, running, or swimming I headed to Puerto Rico over Thanksgiving with my entire family, which was indeed an experience worth remembering! From the fortresses of Old San Juan to the El Yunque Rain Forest to the Arecibo Radio Telescope to the Bioluminescent Bay in Fajardo – it was a wonderful time to spend with my family. 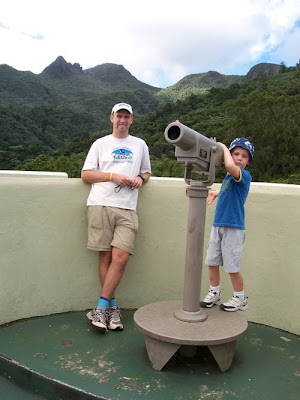 Chillin' with the neph at El Yunque Rainforest
While that was the Christmas with my family, my actual Christmas was in St. Augustine (photos) – this was my opportunity to meet Julie’s mom and spend the holiday with some special people. For the record, I did bring my bike and did run, but it’s okay, I can stop whenever I want. 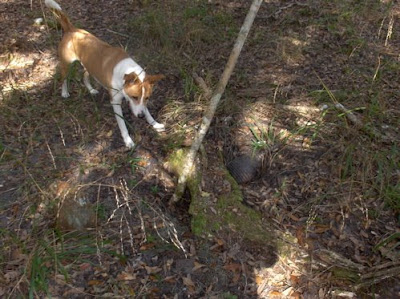 Winston in Florida learning the hard way that armadillos are protected
I don’t think I can say the same about Facebook, but it has been spectacular to find so many old friends, not to mention family members!

Downloadable PDF of this letter
Penned by Publius at 15:50