You can read about the Memorial Service held at Camp Parsons on 7/24/2010 here. 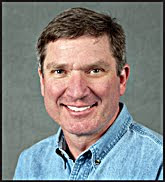 Renwick Edward Dayton III, of Gig Harbor, WA, known as Ed Dayton was killed on Saturday July 4, 2010. He is survived by his longtime girlfriend and partner Meredith Daniels, of Gig Harbor, parents Renwick Dayton Jr., and Elizabeth Dayton of Hillsboro, OR, sisters Malina Lindell, Pendleton, OR, and Becca Heartwell, Portland, OR, nephews Matt Lindell, Hillsboro, OR, and Ben Lindell, Pendleton, OR, two aunts and 9 cousins in WA. Ed grew up in Hillsboro, OR, graduating from Glencoe High School in 1984, and attended Oregon State University. Scouting has been a major part of Ed's life since joining Cub Scouts in 1973. He continued scouting in Boy Scout Troop 240, in Hillsboro, OR, Columbia Pacific Council, earning his Eagle in 1983. Ed's family had ties to the Hood Canal which drew him there in summers. When he was old enough, he started staffing at Camp Parsons Boy Scout Camp on the Canal, in Brinnon, WA, first as counselor in training, then counselor, even Assistant Camp Ranger. Throughout his adult life he has worked with a special group of folks known as the Camp Parsons Adult Work Party that perform much of the maintenance and build most of the new facilities at the camp.

Because of the tragic death of a family member due to a brain tumor, Ed has been actively raising money for the Pediatric Brain Tumor Foundation through the Ride for Kids Program. Ed was a union carpenter, working in Oregon, California, and the last 14 years in Washington. He was hired by Mowat Construction Company, Woodinville, WA in 1994 as a journeyman, and worked his way up to General Superintendent of the Company. Ed was a private man, and never spoke of his achievements, concentrating on others and their needs. His shared his incredibly humorous side with his friends and family. We will miss the man that was Renwick Dayton, a quiet, compassionate, hard working, caring and loving individual who truly encompassed what a scout is......"physically strong, mentally awake and morally straight."